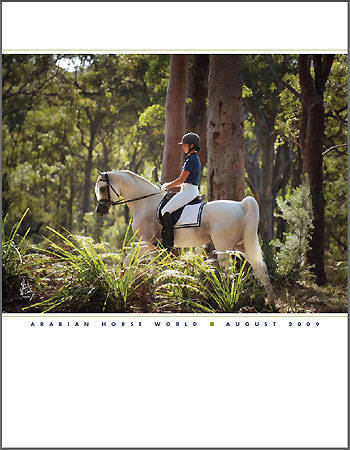 The Mulawa Arabian Stud story was featured in the August 2009 issue of the Arabian Horse World. To read the entire article in full and learn more about the Mulawa Story, please click on the image of the AHW cover to the right.

Inauspicious and unpretentious, Mulawa Arabian Stud began on a small property in Wyong, located about 50 miles (85 km) north of Sydney just off the Pacific Coast. Mulawa — pronounced muh'-lah-wah — is an aboriginal word meaning “in the shade of the trees.” This name was chosen by the elder Greg Farrell for the original family homestead, peacefully situated amidst a large grove of eucalypts in northwest suburban Sydney. When the aspirations of the stud outgrew the original Wyong property, it was relocated inland to Kulnura for another 15 years, and then again in 1992 to its present location in rural Berilee, near the original family home on the edge of greater Sydney.

To gain an early advantage for the burgeoning stud, the family traveled in search of suitable breeding stock throughout Australia, Europe, the Middle East, and North America. The turning point came in 1975 with the discovery of the young Bask son Ambition (out of Bint Ambara by Comet) at Lasma Arabians in Scottsdale. Ambition was purchased from the LaCroix family along with the pure Polish Buszmen daughter Dzina (out of Dzisna by Naborr). He was the first Bask son imported to Australia, and his get established not only the distinct look of the Mulawa Arabian horse, but influenced the Arabian breed in Australia for decades to come.

“Ambition will always remain our ‘reason for being’ in the Arabian breed,” says Greg. “I credit him with teaching me so much about handling. He had a natural tension about him. Like a coiled spring, he was high strung without being aggressive, and he taught me an enormous amount about myself and about how to handle him with confidence and sensitivity. Those lessons shaped my horse handling for over thirty years. Handling his weanlings could be a challenge and was something I loved to do. I still love working with the weanlings, now up to seven generations on.” Today one of Greg’s favorite horses is the Ambition son Advent (x Euni), “my personal saddle horse. He is irreplaceable, and he and I so much enjoy the trails at Belle Vue and inspecting the spring calves from our Angus cattle breeding program. I am not a great rider and he has not let me down in 17 years. 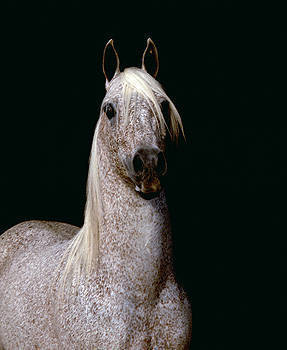 Jane, too, credits Ambition with Mulawa’s early success. “Without Ambition we would have remained a hobby farm, Ambition and Greg; without either one Mulawa simply would not be! He was a very noble stallion and his influence remains far stronger than the number of direct descendants in the program. The dream began with Ambition and the dream goes on.”

It is clear that the Farrells share the Aussie appreciation of the Arabian as a beautiful performance horse. Asked to characterize the “Mulawa” Arabian, Greg explains, “We strive for beautiful, athletic horses who exude breed type and charisma and importantly have wonderful dispositions who can perform at the highest level in the halter and performance arenas. While the ‘look’ may evolve, the foundation principles of the program will not change. The hallmarks of our program are good structure with long well shaped refined necks and throats, typey heads with large eyes, strong tail carriage is very important as is the horses being light on their feet with graceful movement while engaging their hocks. They must also have charisma, an innate presence, to love to throw their tails over their backs and snort.”

“Apart from the overall look that we aim for, my own personal ‘must have’ is a great throat.” adds Jane. “You can have the most extreme head in the world if it’s not attached to a good throat, a good length of neck and a correct shoulder then I’ll pass every time. The early Bask-bred horses spoiled me in that regard. The Ambition get in the ring sometimes looked like they were from another planet compared to the horses around them. I’m pleased to say we have retained that in our program.

“I don’t think our goals have changed, or will ever change,” she continues. “A beautiful, functional, athletic horse, is to me the definition of the Arabian, the ‘complete’ package. Our program is forever evolving, but the aim of that ‘whole’ Arabian will not change regardless of the size or market reach of the farm.”

“I perceive our horses being of international quality for worldwide breeding programs and performance in the showring,” says Julie. “On a personal basis, my ultimate goal would be to breed an exceptional moving and conformed performance horse that will also be highly competitive in the international halter ring.”

If there is a heaven on earth for horses, Mulawa Arabian Stud is certainly the address. Spread across nearly 1,500 acres over four properties in three locations across two Australian states, the scope of the operation is breathtaking. Perhaps nowhere else on earth outside of royal stables or any of the national state studs, is the Arabian horse bred and raised on such a grand scale or with such attention to detail. 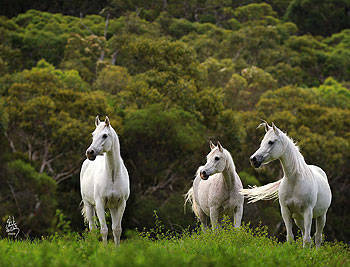 Mulawa is committed to creating the next generation of world class foals for the international market – the comprehensive Mulawa program & facilities provides the perfect venue for this imperative success on a large scale.

The recent focus on embryo transfer has allowed Mulawa to capitalize on the genetics of the program’s most meritorious broodmatrons as well as the most accomplished young females. The results thus far have been impressive – the productive life of older elite mares has been extended, while the early productive capacity of the best two-year old fillies has been realized, oftentimes reaping multiple rewards. In the past, Mulawa felt compelled to keep the best progeny from each foal crop as next generation replacements – now with several of the best mares producing multiple foals a year, Mulawa can share its finest with the international market and breeders worldwide while ensuring the ongoing success and progress of its own program.

“One of my greatest sources of pleasure is walking into one of the large pastures at Alabama and calling out to the show fillies and watching them gallop from a great distance, approaching me with their tails over their backs, snorting and loving life,” says Greg. “The three fillies there now for embryo transfers include an Australian Champion, a reserve Australian Champion (to the Champion beside her) and an East Coast Champion. They make me feel proud and humble at the responsibility we have as owners and breeders.