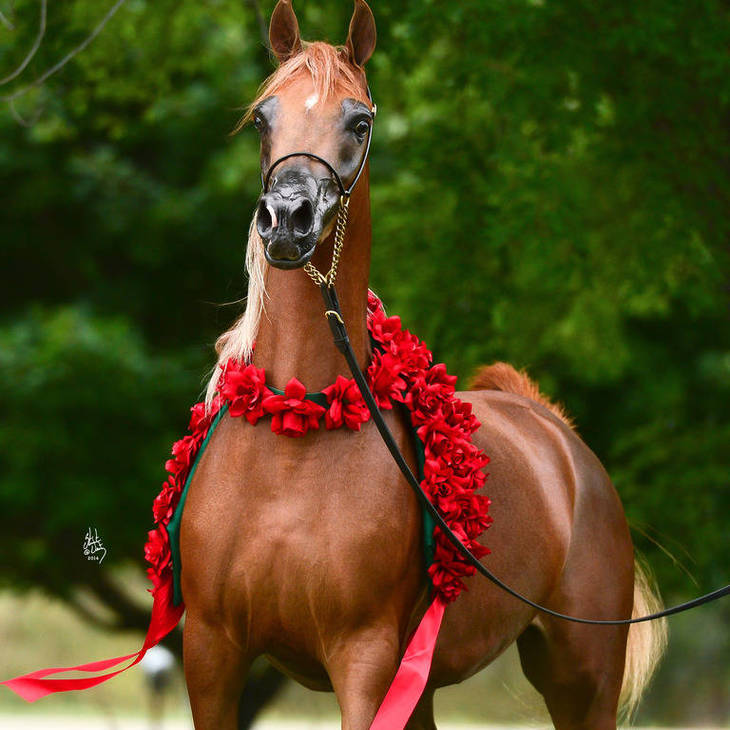 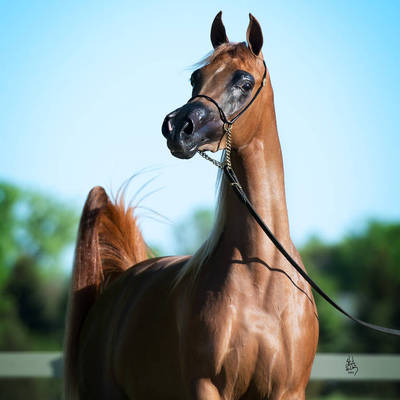 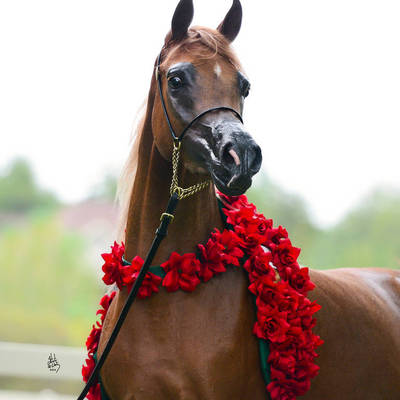 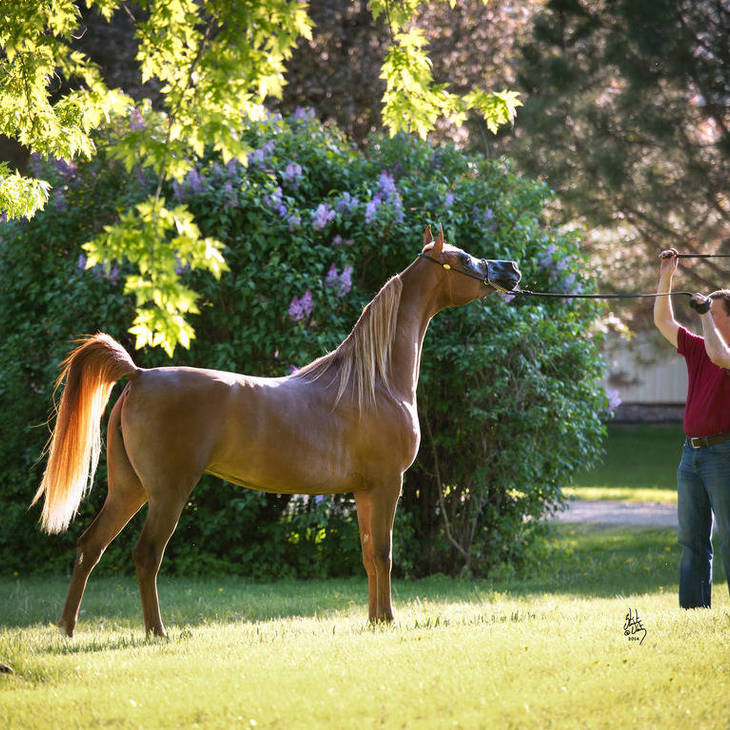 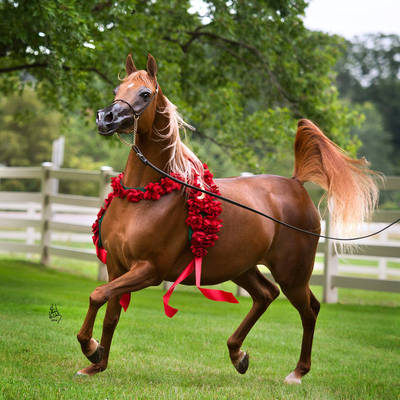 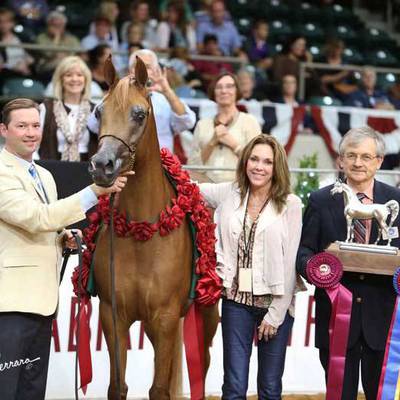 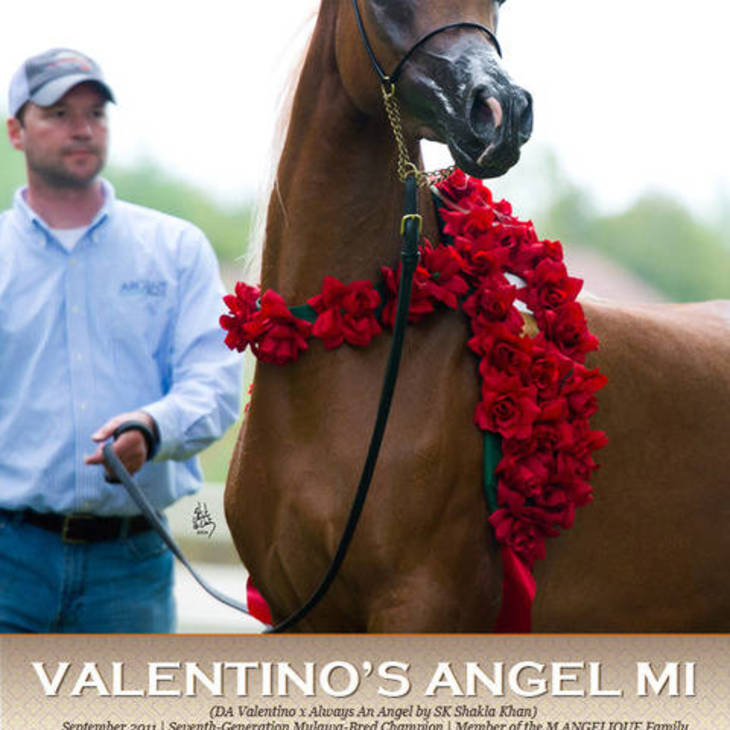 It has been an incredible journey for this young mare, who just turned three on September 12th. Just 19 months ago ANGEL was crowned unanimous Australian National Champion Yearling Filly, completing an undefeated show career in Australia as both National Stud Show & East Coast Champion Yearling Filly. ANGEL was then honoured as Bronze Junior Champion Mare at both the All Nations Cup in Aachen, Germany and the Arabian Breeders World Cup in Las Vegas, before embarking on another undefeated show streak. Since April, ANGEL has been shown three times, winning unanimously the title of Region 14 & Canadian National Champion Senior Mare. Winning the ultimate title of US National Champion has been the perfect culmination of the show year for this beloved show stopper!

VALENTINO'S ANGEL MI is very much the embodiment of her namesake. She is universally considered one of the best daughters of the late great DA VALENTINO, possessing his characteristic scope & smoothness, as well as his length of neck and charismatic show attitude. Maternally, ANGEL is a member of the esteemed Mulawa dam line of M ANGELIQUE, a family of beautiful athletes who have achieved record-breaking success in show rings around the world.

A very special thank you is due to Dr. Bruce McCrea, who believed in ANGEL's potential for international success the very first time her saw her at Mulawa. Thank you to HRH Prince Abdullah for taking the chance with ANGEL, and providing every opportunity for her to succeed. Our sincerest gratitude to Andrew & Angela Sellman, to Cameron Bonney and to the entire Argent Farms Team for making daily life for ANGEL the best that it can possibly be. We look forward to many more years of success for ANGEL yet to come...