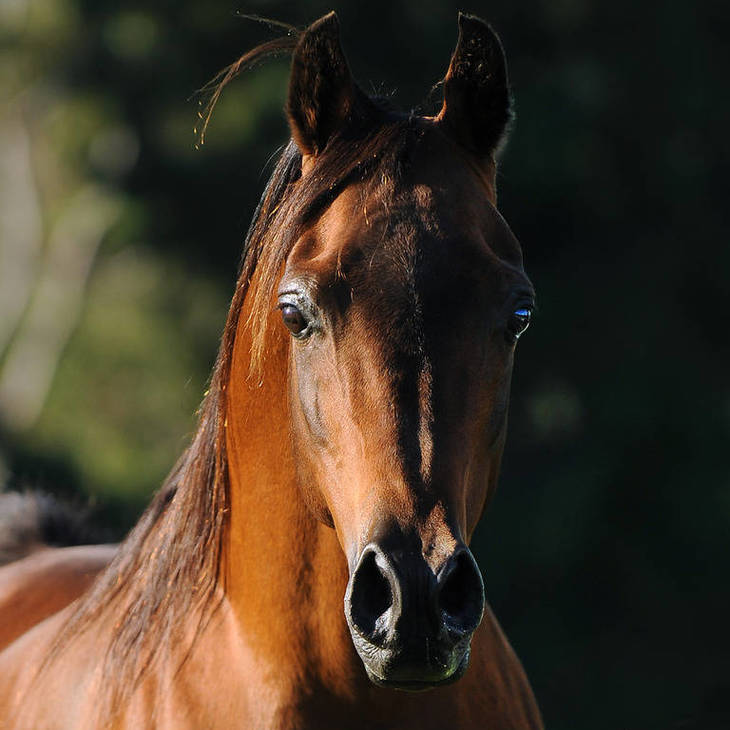 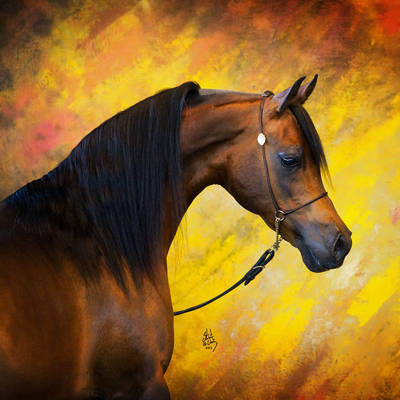 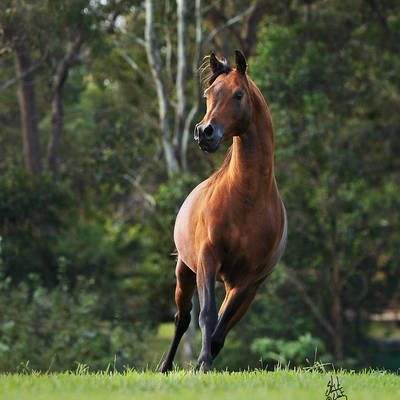 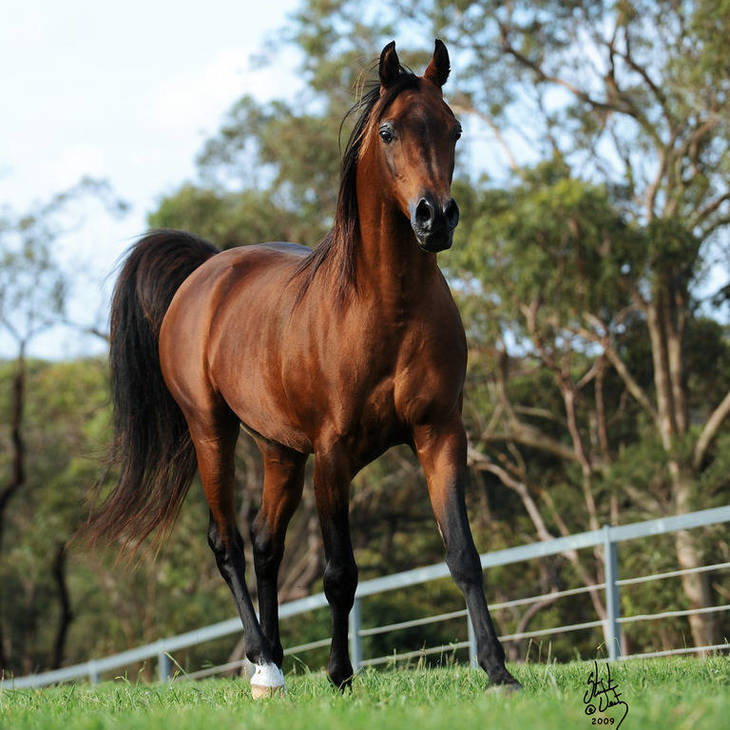 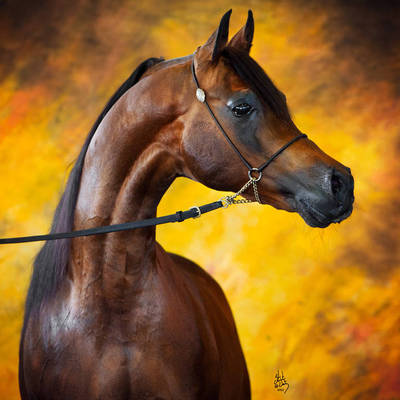 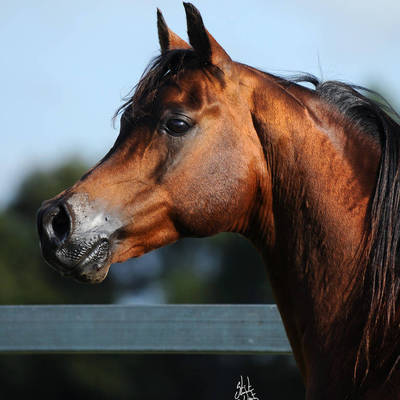 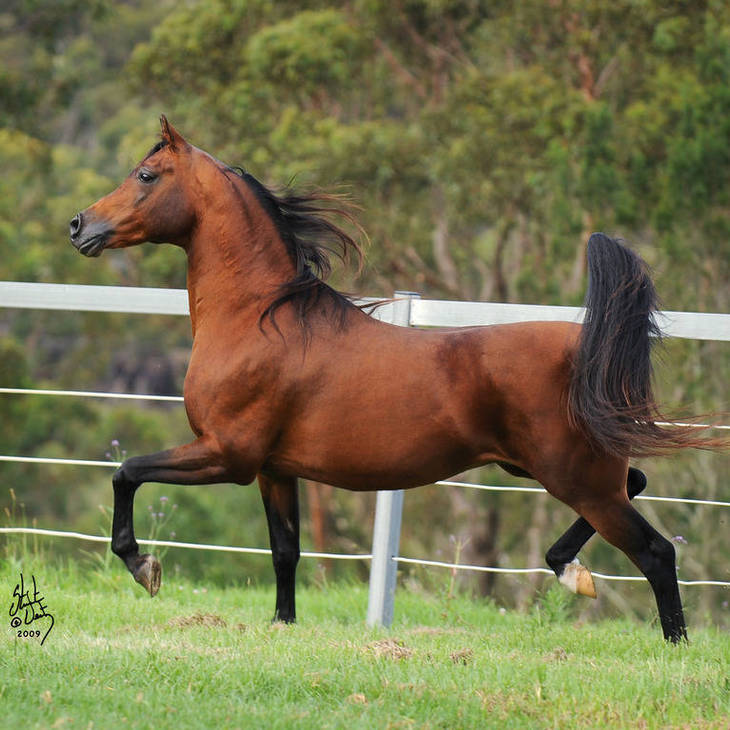 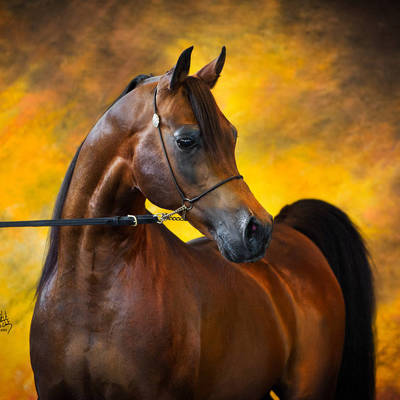 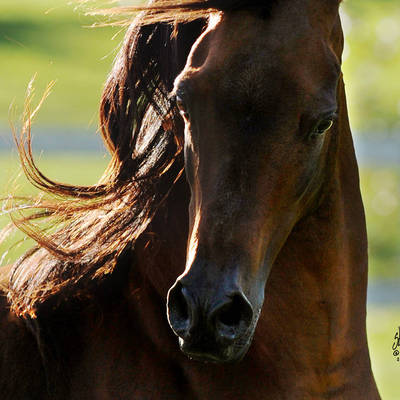 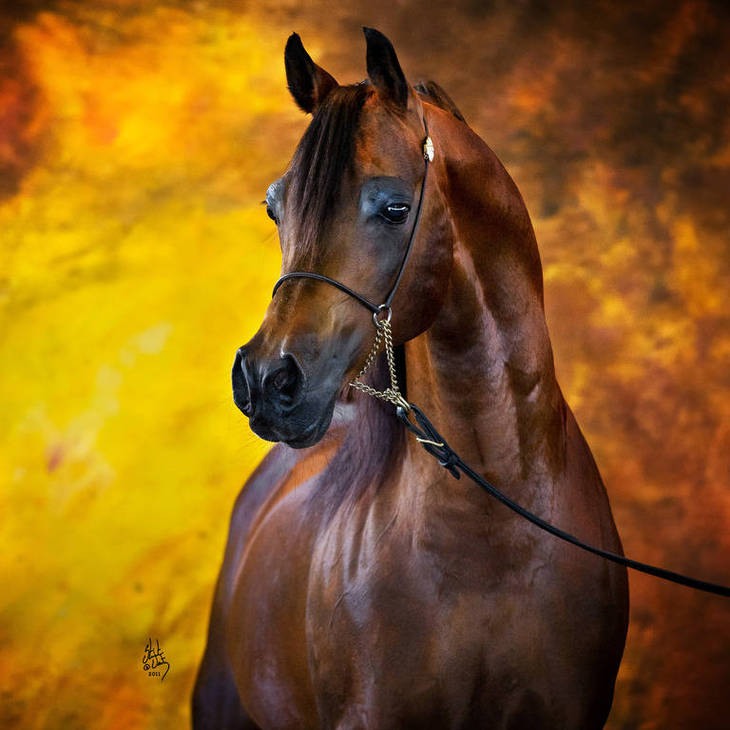 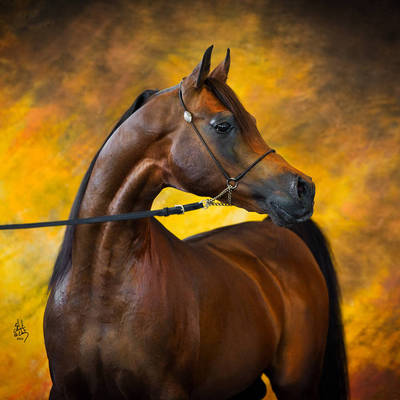 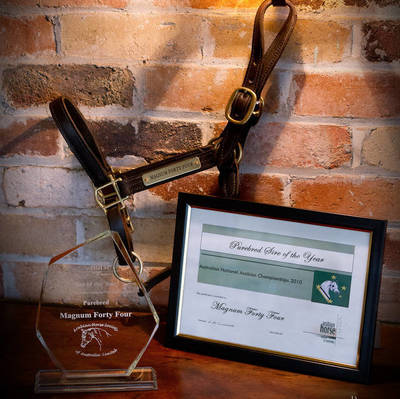 A Tribute to MAGNUM FORTY FOUR

Rarely in life do all the elements converge to result in the best possible outcome. When they do, however, and those involved in the fortuitous events recognize and appreciate the synergy of circumstance and opportunity, the world is rewarded with uncommon success and achievement. The story of MAGNUM FORTY FOUR is one such positive convergence of humans and horses, filled with magnificent highs and desperate lows, spread across a decade and a half and magnificent locales on opposite sides of the globe.

Born from the first foal crop of international icon Magnum Psyche in 1998 amidst the sun-drenched hills of Southern California, Magnum Forty Four was bred by North Arabians prior to the addition of his legendary grandsire Padrons Psyche to the stallion roster in residence. The stunning bay colt was cleverly named by Dixie, the first of many champion foals to eventually be born to Bob’s gorgeous Regional AOTH Champion Mare WH Nashahna, a characteristically charismatic and well-constructed daughter of Bey Shah. Magnum Forty Four created tremendous excitement from all who saw him as a foal, including David Boggs, who encouraged the Norths’ to send the colt to Scottsdale to compete as a junior yearling.

His arrival into Scottsdale resulted in an immediate sale to Kelly Meyers, who would stand proudly alongside breeders Bob & Dixie North as well as handler David Boggs in the winner’s circle as Magnum Forty Four was awarded first place in the class for junior yearling colts at the prestigious Scottsdale All Arabian Horse Show. As the poster child for the extraordinary siring ability of Magnum Psyche, “Forty Four” went on to be named Region 15 Champion Breeders Sweepstakes Yearling Colt to great fanfare, eventually selling to eager newcomers to Michael & Rachel Wilmet. While campaigning their superstar mare S Justadream, Michael enjoyed Magnum Forty Four in the amateur ring, earning the Reserve National Championship in both Canada and the United States in AAOTH Stallion competition. Both National wins were achieved at just three years of age, with an additional title of Canadian Top Ten Futurity Colt added the same year.

Oddly enough, given the achievements of Magnum Forty Four in the show ring, the Wilmets’ lost interest in owning a breeding stallion and made the fateful decision to donate him to the Salem’s Children Home for a tax write-off in early 2003. Here, in rural Western Illinois, Forty Four would encounter respected Arabian judge and horseman Gene Reichardt, who at the time was managing the herd of horses in residence. Gene, a long-time friend and advisor for Mulawa Arabian Stud in Australia, was aware of both the admiration Greg & Julie Farrell had for Forty Four as a yearling when seen in Scottsdale as well as their need of a modern outcross stallion for their growing herd of mares. A phone call was made to Greg, and soon after an arrangement was made to lease Magnum Forty Four to Mulawa for two years.

Magnum Forty Four arrived in Australia just in time for the start of the southern hemisphere breeding season in mid-2003. His first foals the following Aussie spring exceeded all expectations and the decision was made to commit an even greater number of mares that same season. When the second foals began to hit the ground, it was decided that Magnum Forty Four was an ideal fit for the Mulawa mares and the decision was made to make Forty Four a permanent part of the program.

The Forty Four look is now such an integral part of the Mulawa breeding program, it is hard to recall the herd prior to his genetic contribution. First and foremost amongst the outstanding Forty Four traits are those trademark eyes – enormous liquid black orbs set wide across a broad forehead well on the corners of a beautifully refined face. The Forty Four heads are further enhanced by sculptured refinement, with prominent dishes, large nostrils, black vascular skin and small, tight well shaped sharp ears. The overall silhouette of the Forty Four get is smooth, harmonious and extremely well-balanced, with a distinctive aristocratic presence and undeniable quality. Length of neck with elegant upright shape is also a reliably Forty Four attribute, as is strength, depth and substance of hip and quarter, as well as a well muscled, close coupled topline.

In just ten years time, the Forty Four foals have rewritten the history books in Australia. His sons and daughters have achieved at the highest level across the continent, both in-hand and under saddle. Not only was Magnum Forty Four been named Leading Sire at the Australian Championships twice in the last three years of his life, he achieved the same honours posthumously in 2013, 2014 & 2015. This unprecedented success of a record five wins as Sire of the Year makes MAGNUM FORTY FOUR the only horse ever to be so honoured, as well as one of the most influential stallions in the Arabian breed all across Australia.

Due to complications from a stifle injury which resulted in severe founder in a hind foot, the decision was made to humanely destroy Magnum Forty Four in January of this year. Although his life was cut tragically short, his legacy remains alive and well, not only in Australia, but around the world through the continuing contributions of his sons and daughters. A debt of gratitude is indelibly owed to the Farrells for understanding and nurturing the infinite value of Magnum Forty Four, and for sharing his magnificence with the rest of the world… 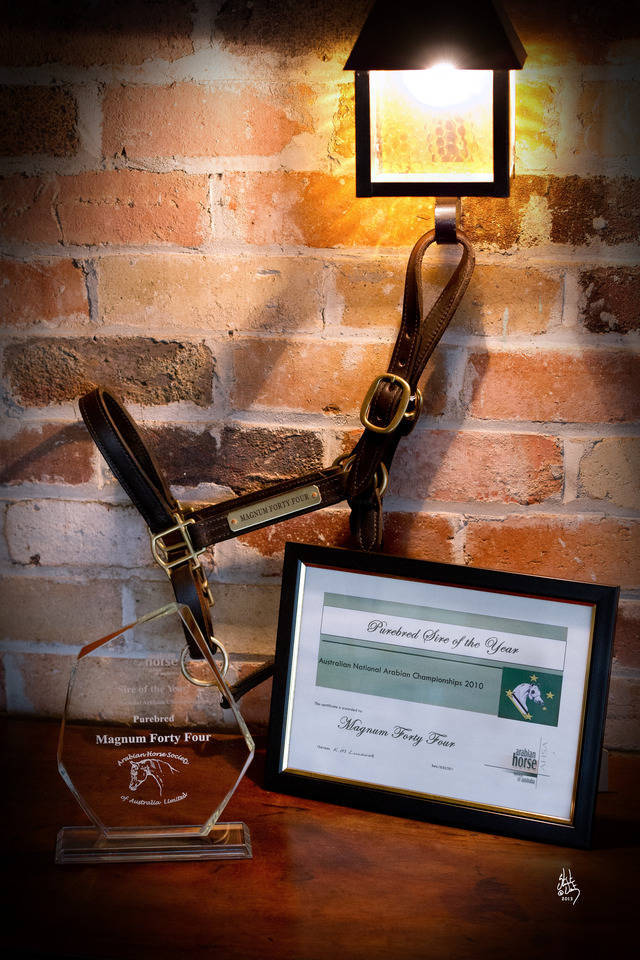